Lady Gaga;’I Don’t Want to be in a society where the government decide if a girl has been raped’

Two sides of a story. One side – prominent music producer and guitarist Dr Luke who’s actual name is Lukasz Sebastian Gottwald. In 2004 his career really took off co-writing massive hits such as Katy Perry’s ‘I Kissed a Girl’ and Avril Lavigne’s song ‘Girlfriend’, he also collaborated with Kelly Clarkson, Rihanna, Miley Cyrus and P!nk, those are only a handful of names from a huge pile of successes.

This is a seemingly very impressive man. Awarded by Billboard as one of the top producers of the 2000s, he also holds four out of the top twenty best selling digital recordings of all time. This is the face of a man who has never before been charged with sexual assault or anything remotely connected to the ongoing legal battle with Kesha.

Kesha signed with ‘Dr Luke’ shortly after turning eighteen over a decade ago, her allegations report that this is when the abuse began. The famous ‘Tik Tok’ singer has alleged that her producer over the past decade has raped, roofied and emotionally abused the singer. In October 2014, pop star Kesha sued Dr. Luke for sexual assault and battery, sexual harassment, gender violence, unfair business practices, and infliction of emotional distress. Kesha dropped out of high school and moved to Los Angeles at the urging of a famous record producer who subsequently turned from mentor to abuser. Her allegations state that Dr. Luke drugged and raped her; that he made continuous sexual advances toward her; that he forced her to take drugs and alcohol so he could make sexual advances on her; that if she ever told anyone about the assaults, he would destroy her and her family; that he bombarded her with insults about her body and her worth, including telling her that she was a “fat fucking refrigerator”; and that Dr. Luke’s abuse eventually forced Kesha into rehab for bulimia.

With hundreds of thousands of fans using social network platforms to show their support and even celebrities such as Lady Gaga commenting on the lawsuit and showing her support along with Miley Cyrus – who has worked with the producer in the past. The twitter hashtag #FreeKesha has been tweeted thousands of times by some of the biggest names in the public eye. Demi Lovato tweeted several times to her thirty four million followers to show her own support and raise awareness of a woman seemingly desperate to escape her music contract and her abuser.

Taylor Swift has even donated a massive $250,000 to Kesha’s bank account to help with the legal proceedings and the toll they must be having on the bank account of someone who hasn’t released music in over a year. Many fans, however, feel that this ‘show of support’ from Taylor Swift was a mere press stunt and a clever way of spinning some good press from a bad situation – a feeling obviously shared by outspoken singer Demi Lovato (who has taken a very vocal stance to publicly support Kesha) seemingly referring to Taylor as a ‘self proclaimed feminist’ in a twitter rant.

However, the injunction to leave her Sony label with Dr Luke and work with a different producer was denied on the 19th of February stating that the producer had invested too much money into the singer to drop the contract because of ‘rumours’ as there is no evidence of ‘irreparable’ harm to the star. This coming from a label who kept Christ Brown after it was released that he had assaulted then girlfriend Rihanna way back in 2009 after he pleaded guilty to assault.

Judge Shirley Kornreich’s (yes it was a female judge who denied the junction) expressed that Kesha’s claims were ‘too vague’, since when did rape need to plotted from A-B? Lady Gaga, like many members of the public, were angered by this and she released a statement saying ‘I don’t want to live in a country where the government decides if you were raped or not.’. 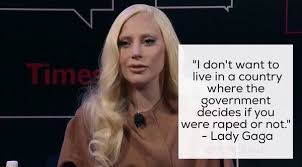 Unforgivably Judge Kornreich’s was also reported to have said ‘My instinct is to do the commercially reasonable thing.’ prompting journalist Jennifer Uffalussy, of The Guardian, to release an article including this little masterpiece;

This is what a judge told Kesha last week: that her own insistence of abuse wasn’t enough. That her words and thoughts and own understanding of truth on her terms weren’t enough. That surely her judgment couldn’t be as sound as that of her employer, Sony, and what they insist is best for her economic and emotional well being. Really, it’s not any different than the anti-choice legislators who tell women that the state is better inclined to make decisions regarding a woman’s healthcare access and choices.

The ruling landed like a gut-punch to so many women who, like Kesha, had been told by various people and institutions that their word was not enough. And that, in turn, their worth was meaningless without a man or a corporation to rectify it.

This is not a lone opinion, women from all over the world, from different backgrounds and professions are coming together. More than that, men are also showing their support – retweeting, favouriting and reading articles. A woman’s word should be enough. Yes, women have cried wolf in the past, women have lied and belittled men but does that really have to mean that women who are suffering, women like Kesha, should be scared and scrutinized when actually coming forward with the truth?

Since when did the amount of money put into a contract determine how much a woman should put up with? A contract signed for by a naive eighteen year old girl.

Dr Luke has spoken out on Twitter about the lawsuit for the first time since these allegations were made public, the tweets are below @TheDoctorLuke

Innocent or guilty of the allegations I do not feel that anyone should be forced to remain professionally involved with anybody that they feel uncomfortable or unsafe around. Alleging that you’ve been raped shouldn’t need information to back it up. Yes, there is a possibility that Dr Luke is innocent but there is also a possibility that Kesha is telling the truth. Music contracts have been dropped over a lot less – take Zayn from 1D. This is a contract obviously not working from either side, truth or lies this is a contract that cannot continue successfully in the future.

Make what you like of the current lawsuit, which is on going. Public pressure may just release Kesha from her contract.

2 thoughts on “Kesha court case; is it really up to the government to decide who has and hasn’t been abused?”